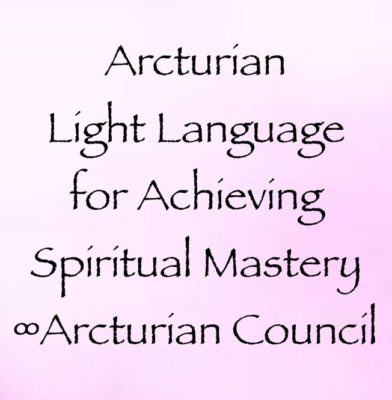 This is a Light Language for Activating Spiritual Mastery

Spiritual Mastery. Mastery over the physical realm because we’ve achieved mastery over our inner realm. That’s really the game we are playing here on Earth, and we’ve played it before. When we were incarnate in the Arcturian Star System, achieving spiritual mastery was what we were all about. Each lifetime we led there, we became closer and closer to Source Energy, while still having physical bodies! That’s why I channeled The Arcturian Council for this light language transmission of just under 6 minutes. I wanted to bring through a light language that would activate those memories, those vibrations, and that would include the galactic light codes to bring us back to that time when we were in the Arcturian Star System, levitating, moving objects with our minds, and levitating.

Why are Light Languages so Powerful?