Light Language for Releasing You from Societal & Religious Programming

It’s hard to admit it, but we are all influenced by what society wants from us. And if you were raised in a religious home (as I was), you might also still be holding onto some of that religious programming that we had growing up. That’s why I channeled this light language transmission. I want to free all of us from this programming once and for all! And it’s okay if after listening, you see a commercial or a billboard, and it starts to happen again…because then you can just re-listen to this while holding the intention of letting it clear those programs from your mind, cells, and energy field. That’s true freedom, the freedom from unwanted influence. Freedom! <3 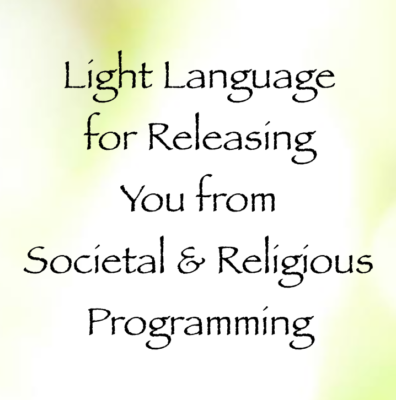