Self-imposed limitations are learned. We aren’t born with them. They are the result of the programming we’ve received over the years, some of which was intentional, and some of which was unintentional. But they’re damaging whether the person or school or church or government meant to impose those limitations or whether it was just what they believed. That’s why I created this recording of me channeling a light language that is infused with the intention, galactic light codes, and vibration to clear and release that programming. Becoming aware of those self-imposed/learned limiting thoughts, ideas, and beliefs is a big part of the process of evolving our consciousness. So whenever they do come up, let them go gently and lovingly, and then listen to this recording. And then you can let in the empowering thoughts and beliefs you want in your consciousness. Love! <3 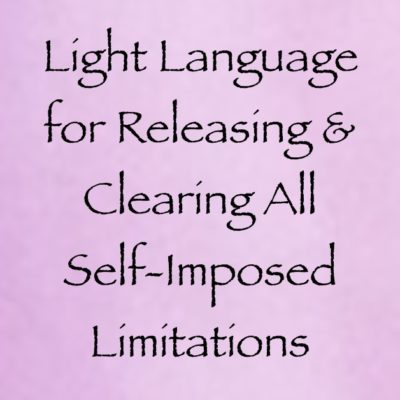